One travel company fearlessly ventures where others have not gone before ... in a self-propelled recreational vehicle.
A VACATION is like love – anticipated with passion, experienced with discomfort and remembered with pleasure,” announces Azrai Asari, 22, taking a sip of ice-cold latte to stave off the afternoon heat.
It’s rather disconcerting when a man compares the vacations he takes to love. After all, isn’t it cars, women or football? – but, being a rebel of sorts, Azrai seems to relish the effect his line has on his audience.

Bonjour Paris!: The motorhomes are parked near the Eiffel Tower for a spot of sightseeing at the famous landmark.
We’re having a quick bite in the cafe of a suburban mall, an unlikely location for important meetings among businesspeople in the past. Also present are Muhd Ikhmal Norizan, Fairus Mohd Tabiee and Omar Lokman, his colleagues from Eurovac, a company specialising in motorhome vacations.
Unusually polite, enormously likeable and remarkably ambitious, these blokes are all entrepreneurs in their 20s and 30s. Having just launched the newest – and by far, the most interesting – holiday concept in Malaysia several months ago, they are blazing an unlikely trail in our yawn-worthy travel industry, where the itineraries offered by many well-established companies are a little too safe to be inspiring.
“In this world, there are tourists and there are travellers,” says Fairus.
“Tourists are people who want to see the most famous sights from a bus and let someone else handle all the nitty-gritty details for them, while travellers want to explore the sights from a local’s point of view. A perfect vacation, however, is something that has a little bit of both,” he explains.
It was Ikhmal who came up with the idea of vacationing in a motorhome. Having previously worked as a parts manager for the Petronas Sprinta Team in MotoGP, Ikhmal used to travel to the different racetracks around Europe by motorhome. With the help of his three friends, he founded Eurovac, this plucky travel company that enables Malaysians to travel, tour and stay in a motorhome.

(From left) Fairus Mohd Tabiee, Muhd Ikhmal Norizan, Azrai Asari and Omar Lokman are very enthusiastic about their venture, motorhome holidays
“The best part is that you don’t have to do any of the driving. We, the organisers do everything, from driving to maintenance work, so all our participants have to do is show up and enjoy themselves,” says Ikhmal, Eurovac managing director.
The maiden voyage kicked off in May this year. In a short span of 12 days, 19 participants, the oldest of whom was a wheelchair-bound 71-year-old, traversed eight countries and more than 3,500km around Europe.
Roll with it
“Looking back, it was kind of a crazy thing we did,” admits Fairus, the chattiest of the bunch. “It was very tiring because we spent so much time on the road. We hardly had any time to ourselves because we had to make sure that everything was okay. As a result, we didn’t get to shower for four days.”
As trying as this lack of personal hygiene may be for both drivers and passengers, it’s not as difficult as having to navigate a convoy of four oversized, slow-moving vehicles across unfamiliar territory.
“It’s much riskier than it looks. The signboards are in a different language and nobody speaks English,” says Fairus, adding that having a proper GPS and driving technique helped.
The group agrees that the 11.6km-long Mont Blanc Tunnel, which links Chamonix, France, to Courmayeur, Italy, and cuts through three countries, provides the ultimate test of will and skills. Vehicles are expected to keep within the minimum speed limit of 50kph and the maximum speed limit of 70kph while maintaining a distance of at least 150m between each other. To ensure that drivers adhere to these rules, the tunnel is heavily monitored by cameras.

Zaid Zainal Abidin and his wife inside their motorhome
“Can you believe that I was fined for driving at 73km/hour? You can’t exceed the speed limit, even by just a little. I suppose they’re so strict because a single accident can cause a number of problems,” says Azrai.
And then there are the Italian drivers to contend with. You see, driving etiquette varies from country to country, and the Italians take the cake when it comes to rudeness.
“They won’t hesitate to use their horn and flash their lights if you’re going too slow for their liking. The Germans, on the other hand, are very polite, even on the autobahn which has no speed limit,” says Fairus.
Azrai, meanwhile, believes it’s important for travellers to immerse themselves in a foreign culture.
“It’s amazing what happens when you try to communicate with a European who doesn’t speak a word of English. Once I spoke to this campsite owner in Malay, and she replied in Flemish, but we were still able to understand one another,” he says.
“We were all overcome with indescribable happiness once we sent all the participants safely to the airport,” he remarks, grinning.

One for the album: Participants of the maiden motorhome holiday gather for a group photo in front of the Munich City Hall building;
This maiden voyage has taught the guys at Eurovac an invaluable lesson, says Fairus. Since then, Eurovac has also ironed out the kinks and tweaked the itineraries.
“We split that one itinerary into two by cutting down on the countries visited and distance covered. We won’t spend more than five hours on the road so our participants have more time to explore,” says Azrai.
One participant, Zaid Zainal Abidin, 32, claims he had a wonderful time despite the many trials and tribulations.
“I’ve travelled around Europe by car before,” says the entrepreneur. “This has been a very different experience, however. I got to see and do a lot more this time around.”
Zaid, who went on the Eurovac trip with his wife and parents, admits it was his mother’s idea all along.
“She was very excited when she found out about Eurovac. When she asked me to go, I immediately said yes because I’m a pretty adventurous guy,” he says, adding that he had gamely participated in the technical set-ups of the motorhome each night, including how to fill it with water or plug in the electricity, because he likes “learning new things.”
For 49-year-old participant Norhayati Shaari, however, it was the nightly bonding sessions that made her trip memorable.
“The organisers held this nightly pot luck event where each family cooks something for dinner,” she says. “At first we were quite reluctant to join in, as all we wanted to do was huddle in our own motorhome and do our own thing. Mind you, it was less than 9°C outside!”
However, her family began to look forward to spending each evening at the communal table.
“We ate, spoke, laughed, and we thanked the organisers for forcing us to socialise. It really brought us closer to one another, and I still keep in touch with some of my newfound friends,” she says, adding that, although expensive, the trip was worth every sen.
These glowing reviews, however, do not guarantee success. The guys at Eurovac know that. As pioneers of a new travel concept, they have to spend as much time convincing the public as they do in delivering the goods.
“Most Malaysians have not heard of motorhome travel or Eurovac,” says Fairus. “I think that’s our biggest challenge right now. We want to be remembered as pioneers in Asia.”
And if everything works out, they have big plans for the future.
“We’re doing it in New Zealand at the end of this year, and Australia the next,” says Fairus. “The precise information for those trips will be up on our website soon. Also on the cards are the United Kingdom, South Africa and the United States. What I’d really like to do, however, is to travel by motorhome across Malaysia, but too bad we don’t have the facilities for it.”
And if any of this strikes your fancy, just one word of caution from Azrai: Don’t expect a holiday. “We don’t like to use that term,” he says. “Instead, we call it an exploration, because nothing about it will be predictable.”
> Follow Louisa Lim at www.twitter.com/lolibites.
The road less taken
A newbie? We give you the lowdown on what it’s like to travel in a motorhome, and why you should give it a go.
IF travelling by motorhome conjures images of long-haired hippies bumming around in classic VW Kombis or old, wealthy retirees who go on annual rallies with other Caravan Club members, maybe it’s time for a reality check.
Some countries like Europe are practically made for motorhomes.
In fact, there is a subculture of full-time motorhome owners, who live in their recreational vehicles on a permanent basis and move from one place to another.
It’s also become a travel staple for middle-class families, who refuse to be held ransom by a bus and a rigid itinerary.
“There’s more freedom to it,” says Fairus Mohd Tabiee of Eurovac. “We visit the main tourist sights and lesser-known spots at the same time. You can stop for a cup of coffee with the residents of a quaint, little village anytime you like.”

Picturesque surroundings: Like hotels, caravan parks are also given star-ratings. Eurovac uses mainly three to four-star caravan parks, many of which afford spectacular views.
Eurovac uses average-sized motorhomes supplied by Eura Mobil, one of Germany’s largest manufacturers since 1959.
These sturdy white giants may look dull on the surface, but things are a whole lot different once you step inside.
The classic motorhome has come a long way since it was first commercially produced in 1938, when The Jennings company mounted a motorhome body onto a car chassis.
“It’s like a moving hotel, except you don’t need to check-in and check-out every few days,” says Azrai Asari. “The ones we use can accommodate up to six people. It comes equipped with beds, a washroom, a living area and a kitchennette so you can cook.
“This is especially important for our Muslim participants, who find it difficult to eat in Europe because of halal issues. We will provide the raw ingredients, of course.”
There is also a large network of dedicated stopover sites for motorhomes in and around Europe. These caravan parks are an attraction in their own right, and range from rustic facilities with no or limited utility hookups to luxury resorts with amenities that rival fine hotels.
Moreover, many new sites are built to high eco-friendly standards and have facilities compatible with the newest vehicles.

The interior of the motorhome used by Eurovac, which can accommodate up to six people quite comfortably.
“Malaysians usually think caravan parks resemble campsites but it’s actually more like a clubhouse,” says Fairus. “Some of these sites come with their own bar, spa, swimming pool, gym, convenience store and even theme park.”
In fact, like hotels, caravan parks are also given star-ratings. Eurovac uses mainly three to four-star caravan parks, many of which, according to Fairus, afford spectacular views.
“These parks are situated near lakes, rivers and highlands so you’re in for a treat if you’re a nature lover,” he says.
Eurovac currently offers two different sets of routes, both of which take 12D/9N.
The Northern European Route countries encompasses France, Luxembourg, Germany, Belgium and the Netherlands. The Middle European Route, on the other hand, is more scenic, and includes Germany, Austria, Liechtenstein, Italy, Switzerland and France.
Both trips are priced at RM13,800 per person, the 2011 introduction rate, and includes return flights, insurance, city tours, ingredients for cooking and general assistance.
The launch of N2 Explore, meanwhile, will be held at MATTA Fair Malacca and registration is now open. The first trip will depart in December.
For the more intrepid, motorhome trips can also be customised — for a price, of course.
> For more information, visit www.eurovac.my.
Posted by Unknown at 22:03 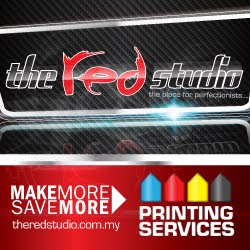 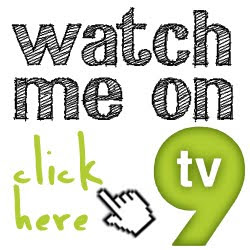